One definition of astrology is the process of interpreting the meaning of identified correlations between human experience and the positions, interrelations and cycles of the planets in the Solar system, including the sun and the moon. The movements and positions of these planets on the ecliptic (the line formed by the movement of the sun around the Earth over the course of a year) have a symbolic meaning plotted against the zodiac. The imaginary so called zodiacal band, that the ecliptic forms, is divided into twelve thirty-degree segments, which constitute the well-known signs of the zodiac. Each one of the signs belongs to one of the four elements – Fire, Air, Earth and Water. This suggests that there are three signs for each element that possess the qualities inherent to their element. For instance, Fire signs (Arie, Leo and Sagittarius) are considered to be warm, energetic, enthusiastic, inspirational and quite often extraverted, whereas Water signs (Cancer, Scorpio and Pisces) are regarded as emotional, sensitive, compassionate, deep and usually introverted. The qualities, inherent to each sign are deemed to influence the astrological meanings and principles associated with the orbiting planet as they appear to move around the zodiac, passing consequently through each sign. On the other hand, the planets behold a symbolic meaning, describing certain dynamic principles and energies. C.G. Jung compared them to gods and archetypes, while considering signs as modes of being or archetypal styles, manifested in enduring personality traits. Till the late eighteenth century, traditional astrology used only the seven planets, known back from the antiquity – the sun, the moon, Mercury, Venus, Mars, Jupiter and Saturn. After the discovery of the so-called modern planets – Uranus, Neptune and Pluto, contemporary astrology incorporated into practice the symbolism of all the ten planets.

The solar system, as the name suggests it, has a heliocentric scheme, but astrology employs a geocentric scheme, meaning that all the planets are seen from an earth’s perspective simply because people’s lives are shaped on the planet Earth and not on the sun. So, from our geocentric perspective, each planet in its orbit appears to pass in turn through each sign of the zodiac, so that at any given moment a planet will be positioned in a particular sign, forming a configuration of relationships with the other planets in the 360-degree complete circle of the zodiac. This is what is called an aspect. If two planets appear to be within a ten-degree range close to each other, that aspect is called conjunction and basically mixes the qualities and principles inherent to the two planets, forming a powerful and dynamic relationship. Except when they coincide, planets are observed to make a certain angle with one another. For instance, when they are positioned approximately in opposite sides of the zodiac circle they stand at 180-degree distance from one another. That way they form a potent, challenging and in most cases and antagonistic relationship, called opposition. Similarly, within a 90-degrees range – square, within 120 degrees – trine, and within 60 degrees – sextile. These are the so-called major aspects and they appear to have more obvious effects that the minor aspects, which won’t be enumerated in this article.

Alongside the annual passage of the sun around the zodiac, astrology also takes into consideration the earthly experience of the daily motion of the sun across the sky, generated by the Earth’s daily rotation on its axis. The line of the sun’s journey over the course of a day forms a circle, which is divided into twelve sections, known as houses, where each house represents a different area of life. For instance, the first house is related to our appearance, the way we perceive the world and the way that we approach it. The first house begins, at the point where the sunrise appears on the Eastern horizon, determining the sign that is its ruling, called the ascendant. The same principle is used to determine the descendent, or the start of the seventh house, which begins at the moment of sunset on the Western horizon, the medium coeli (midheaven), that stands at the highest point of the chart, as the sun at noon, and the imum coeli is the lowest point, describing midnight. Astrology incorporates an immense and complex array of variables, but the ten planets, the twelve signs of the zodiac, the twelve houses and the aspects are widely regarded to be the most significant factors in astrological interpretations, or chart readings, as they are mostly known.

Nowadays, apart from the suspiciously credible newspaper horoscope columns, the most popular form of astrology practiced is the natal astrology, which is an astrological horoscope cast for thе moment of birth. Based on the relative positions of the planets at the exact moment of birth, the astrologer forms an interpretation of the various factors in the chart, in order to create a portrait of the individual’s character and in some cases, biographical experiences. This is why the good knowledge and understanding of the opposing qualities of each element of the zodiac has a crucial importance. Nevertheless, a lot of astrologers, in accordance with their own experience and perception of themselves, the world and the others, often give very one-sided interpretations. Thus, they deprive the client from the whole picture, guiding them towards a certain direction of acting, interacting and perceiving themselves. Therefore, the profound self-knowledge of every astrologer and a basic knowledge in psychology are key aspects in communicating with the client, giving valuable and quality astrological interpretation.

It is not by chance that there is an increasing use of the psychological astrology or astropsychology. Its goal is to reveal the energies, the character traits and motivations within oneself and the way a person perceives the different aspects of life. What’s even more important, it takes into consideration both the conscious and unconscious parts of a person’s psyche and aims to help unite both of them, into one complete whole. Each sign, planet, house or aspect of the astrological frame is a two-sided unit, creating a contrast between the two opposite poles. It is no secret that our psyche tends to divide things into good and bad, loading them with value of judgments, but this purely subjective process makes it impossible to penetrate into the true nature of the contrast. After all, every concept in astrology has both a light and a dark side and learning more about each of them could give us more understanding and insight on ourselves and our own lives. To conclude, the astrological birth chart is symbolic of an individual’s character structure and working with one’s chart as a symbol becomes a tool for psychological growth. As Jung said: “Astrology is the projected psychology of the unconscious…” 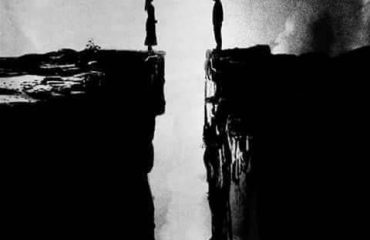 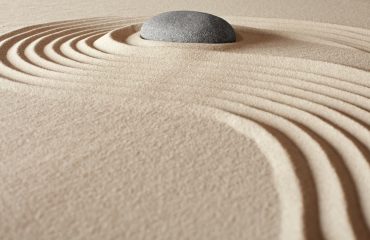 The power of Sandplay therapy – psychological and neurobiological benefits

8 Comments to “ What is Astrology and why does it combine so well with psychology?”