This is a continuation of Тhe Polarity of Human Consciousness in the Six Astrological Axes, Part I, where you can read about the pairs of opposite signs Aries – Libra, Taurus – Scorpio and Gemini – Sagittarius.

The axis of Security is built by the opposition Cancer – Capricorn. The two characters govern the two major spheres of everyday life, namely family and work. While Cancer symbolizes nourishing, maternal, unconditional love, Capricorn is responsible for paternal, conditional love – the one that must be earned, after learning the laws imposed by the male principle and society as its manifestation. In addition, Cancer feels secure in the family and in the depths of his inner, unconscious world, where his feelings and intuition come from, and Capricorn obtains it in his work, through the use of strong will, logic, setting and observing boundaries, limitations, rules and skillful organization of the external world of matter. These are the two main pillars – the mother’s and the father’s, in which every growing individual finds support and security. When Cancer is able to accept and integrate its shadowy Capricorn aspects, they begin to take responsibility for their own life and the way they feel, not letting their decisions be dictated by the current mood and they learn to manifest in physical form the ideas they draw from the unconscious. They become the artist who manages to express their feelings without creating an artificial sense of security by manipulating and controlling other people. On the other hand, Capricorn needs to touch their emotional world without fear that it would make them weak and vulnerable, realizing that life without feelings is like a hollow form without content. When they manage to connect with this shadowy side, they become the only earthly sign that has the ability to spiritualize and introduce light into the opaque matter.

The pair of opposites Leo – Aquarius reflects the Ego like Aries – Libra, but the relationship is no longer on an individual level, but refers to the Other as a community. The axis of the Ego describes the need for self-expression and attention in a group (Leo) against the ability to accept different points of view and follow common ideals and goals (Aquarius). The Leos are associated with love and the heart, they feel good in their skin and know how to bring joy and warmth, instilling respect in people because of their inner sense of nobility and significance. At the opposite pole, Aquarius is the most thoughtful and eccentric sign of the zodiac, which can create a feeling of coolness and aloofness. In a group, however, unlike Leos, Aquarians do not recognize hierarchies and limitations, have a rebellious spirit and innovative ideas, sometimes bordering on genius, behind which stand the desire to contribute to the overall development of the team. To become more complete, Leos needs to accept that not everyone needs to like them, and no matter how special and wonderful they are, it does not make them more significant than the others. Their shadow could teach them that in order to follow their heart, they should not be afraid to meet the disapproval of others, and that sometimes it is necessary to stay out of the spotlight to observe and reflect on things objectively. Knowing their shadow, Aquarians realize that their tendency to be strange and different hides behind the unconscious desire to stand out, and behind the desire to help everyone, hides the shadow of power. They need to learn to understand other people not just intellectually, but with their heart, because the path to perfection inevitably passes through accepting the wounds that each person carries.

If there is a model that most accurately describes the Axis of Service and the interaction between the two poles Virgo – Pisces, then these are the two cerebral hemispheres. Just like the left half, Virgo is associated with rational thinking, differentiation, categorization and consideration of small elements, while the sign Pisces, like the right part of the brain, is responsible for intuition, creative thinking, ignores details and focuses on the object as a Whole. Virgos are associated with planning, order and routine activities, refinement of detail and the pursuit of excellence in work. This, in turn, makes them overly demanding and critical of others and especially of themselves, as they consciously believe that there is only one right way to make things perfect. They completely rule out the possibility of intervention from a higher order, according to which everything happens exactly the way it should happen. Their opposite – Pisces, depicted as chasing in a circle, symbolize the union of opposites. For this reason, it is considered that as qualities they are the closest to the transcendent, which in turn makes it difficult for them to declare themselves as persons on Earth. Pisces need to develop their shady features from Virgo and find out what they really like in order to indulge in it and become really good at it. In this way, they bring order to their inner creative haos and build more stable boundaries with the outer world of matter. On the other hand, in order to become more whole, Virgos need to trust and connect with the idea of ​​God and his various manifestations on Earth, developing greater compassion for people and their imperfections. Thus, they learn to live in the uncertainty of human life, where sometimes what seems logically correct could later turn out to be wrong and vice versa. If Virgos have a mission to serve the perfection of man in everyday life, then the one of Pisces is to perfect their invisible part – the soul and its place in the spiritual world.

How do the zodiac signs influence us?

It is important to clarify that when we talk about zodiac signs, this does not refer only to people with the Sun in a given sign, but to the dominant astrological aspects in his birth chart.

Each human individual is a unique set of different archetypal energies

(planets) that interact according to their location in signs and homes, which determines the sphere of life in which they will manifest and the feeling they bring. That is why a person can show strong features of a sign, regardless of whether his Sun is in it. It is also considered impossible for a person to manifest absolutely all aspects of a particular zodiac sign, regardless of the extent to which it is present in his map. Harmonious interactions occur between elements with similar energy, for example from the earth element. However, non-harmonic aspects have the greatest potential for development and upgrading, similar to the described pairs of opposites, for example Sun in Leo, Moon in Aquarius. This happens because they give the feeling of tension and discomfort and therefore attract the focus of the individual, who accordingly wants to get rid of the unpleasant feeling, which he cannot ignore. Thus, eventually, a person begins to work hard on the topic assigned to him by the inharmonious aspect, and realizing the need to accept two seemingly incompatible attitudes, they become more whole and find their authentic way to manifest both energies without experiences tension from internal or external conflict. In short, each individual has in their natal chart all six astrological pairs of opposites, which, however, are active in different stages and areas of his life.

The path of self-knowledge and individuation begins with Aries or the spark of divinity, through which the individual human consciousness is born and a separate self is formed. With Taurus, it already acquires an individual body, sensations, and qualities to reach Gemini and develop the ability to verbalize his thoughts, exchange ideas with the people around, and ultimately study the world by trial and error. With the fourth sign – Cancer, it is associated with its deep emotional nature, the transience of feelings and natural cycles in life. Reaching Leo, the individual human consciousness begins to freely express itself and its talents, which distinguish it from others, in order to develop them to perfection in the sign of Virgo and reach the most final phase of separation from the Whole. Then, in the sign of Libra, the second half of life begins – a return to the state of Oneness, where the Self first connects with the idea of ​​the Other, by building partnerships and achieving harmony in them. In Scorpio, these relationships deepen through the emotional exchange and merging of the two individuals, leading to inner transformation and the opening of a new page. The ninth sign of Sagittarius brings the transition from internal realization to external activity and from personal to community. The individual consciousness is already opening to the world and learning about how colorful it can be, helping it to reach universal human truths and its spiritual essence. Capricorn applies all this knowledge in the direction of developing his vocation to society. He begins to sacrifice himself for the community in order to establish in Aquarius common goals and ideals to pursue for the good of the group. In the last zodiac sign – Pisces, the individual consciousness reaches the final phase of return to the Whole, where it loses its outline and takes on the difficult task of being both Everything and Nothing, aiming to reach beyond the bipolar model of perception of consciousness.

If you want to get acquainted with your astrological portrait of opposites, don’t hesitate to contact me. 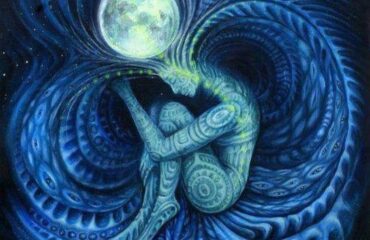 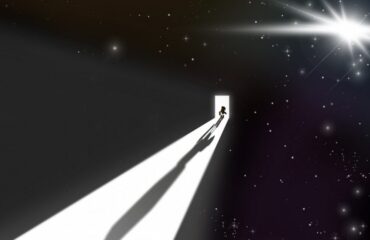